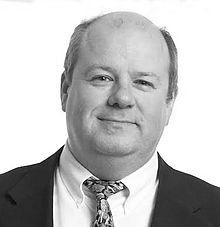 Manu Mellaerts started his musical training at the Tienen music academy. He then went on to study at the Lemmens Institute in Louvain and the Brussels School of Music, where he gained the Higher Diploma for Trumpet and Chamber Music, as well as a teacher training qualification. He completed his studies with Pierre Thibaud in Paris, Roger Delmotte in Versailles and Edward Tarr in Basel. In 1985, he became laureate of the VRT Tenuto competition and in 1987, laureate of the International Trumpet Competition in Toulon. Between 1984 and 1986, he played the trumpet for the Flemish Radio Orchestra while he taught at the Lemmens Institute in Louvain until 1987. Since 1986, he has been solo trumpeter at the Orchestra of the Muntschouwburg and lecturer at the Brussels School of Music. As a soloist, Manu Mellaerts performed with, inter alia, the Muntschouwburg Orchestra, the Flemish Radio Orchestra, the Beethoven Academy, I Fiaminghi, the Collegium Instrumentale Brugense, and l’Orchestre de Wallonie. He is founding member and artistic director of the brass ensemble Belgian Brass. As a visiting lecturer, he is much in demand at different work placements and summer courses. Manu Mellaerts has helped create various CD recordings, including a special recording of various baroque and classical concertos with the Collegium Instrumentale Brugense.

Steven Devolder started his musical career at the tender age of 8 at the Harelbeke music academy. He subsequently attended the Ghent music grammar school where he gained first prize in music and a qualification in percussion. He then went on to study at the Music Schools of Lille, Ghent and Maastricht, where he obtained the Master Certificate for Trumpet magna cum laude in the class of Benny Wiame. He also gained a specialisation certificate at Maastricht. He attended various additional courses, including work placements with Pierre Thibaud, Donald Green (Los Angeles Philarmonic) and Urban Agnas (Stockholm Chamber Brass). His versatility is his biggest asset, having mastered the trumpet, the piccolo trumpet, bugle, cornet and soprano cornet. He has won first prize at Slaskim Konkursie (Poland) and he also became first laureate in the Jean Darlier trumpet competition. Between 1998 and 2005, he played as trumpet soloist at the Beethoven Academy. Since 2005, Steven has been trumpeter at the Muntschouwburg Orchestra, and since 2003, he has been lecturer at the Ghent School of Music. Steven regularly visits the Esch-sur Alzette School of Music to give master classes. In 2006, he recorded a solo CD with the Metropole Brass Band on soprano cornet.? Steven can be heard regularly as a soloist in the world of HaFaBra. In his spare time, he is involved in his Latin Big Band Mucho Gusto.

Rik Vercruysse was taught by André Van Driessche at the Brussels School of Music, where he gained First Prize and Higher Diploma Horn magna cum laude. At the same School of Music, he also gained First Prize and Higher Diploma Chamber Music with Arie Van Lisebeth. In 1987, he was laureate of the Tenuto competition, and since 1983 to date, he has played as horn soloist for the following orchestras: Muziekkapel van de Gidsen [Guides’ Band], Filharmonie van Vlaanderen [Flanders Philharmonic], BRT Philharmonic Orchestra, New Belgian Chamber Orchestra, I Fiamminghi and finally the Beethoven Academy. Moreover, he also plays for the woodwind quintet, Quintessens, and the wind ensemble I Solisti del Vento. Between 1987 and 1996, he taught chamber music at the Ghent School of Music, and since 1997, he has taught the horn at the Antwerp School of Music.

At the age of 9, he began his musical studies at the Beringen music academy with Alex Van Aeken. In 1984, upon completing secondary school, he started his musical studies at the Brussels School of Music where he gained first prizes in music, transposition, horn, chamber music and the teacher training diploma for brass. In 1986, he joined the Big Harmony Orchestra of the Guides where he is currently soloist. In 1989, he graduated with Professor André Van Driessche and gained a higher diploma. From 1990, he attended the a course for executive musician at Maastricht State Academy, lectured by the renowned Eric Penzel, Professor at the Cologne Musikhochschule. He also offers his services either as a freelance or substitute in various Belgian orchestras, including the Brussels Muntschouwburg Orchestra, the Flemish Opera in Antwerp/Ghent, the Flemish Radio Orchestra in Brussels, the Philharmonic Orchestra in Antwerp and the National Orchestra of Belgium, as well as in renowned chamber orchestras, including I Solisti del Vento, Prima la Musica, Collegium Instrumentale and l’orchestre du Chambre de Wallonie. He has also worked on many CD recordings both at home and abroad.

Jan Smets was born in Tongeren in 1975 and started his musical studies on the euphonium, with Argo Penné, at the Tongeren music academy. He was laureate of many competitions from a young age. In 1990, he was voted ‘brass player of the year’ at Jong Tenuto. In 1991, he switched to the tenor trombone.?In 1993, he started his studies at the Lemmens Institute in Louvain with Michel Tilkin, where he gained the diploma ‘Master in Music’ summa cum laude.? After a short spell as a solo trombonist with the Flemish Radio Orchestra, he succeeded as solo trombonist with the orchestra of the Brussels Muntschouwburg in 1997 where he still works today.? Jan is a popular soloist in the world of HaFaBra and has, for example, created the second trombone concert of Johan Evenepoel.?As chamber musician, he plays in the brass quintet of de Munt, the Prometheus Ensemble, I Solisti del Vento, the Ottone brass quintet and the brass band Gabriëli, with whom he released various CD projects. ?Jan is co-founder of Belgian Brass with whom he, together with Epsilon Brass, Spanish Brass, Penta Brass and Mnozil Brass, formed part of Eurobrass in August 2010.? Since December 2001, he has been trombone lecturer at the Antwerp School of Music.? Jan has also offered his freelance services as trombonist at the Collegium Instrumentale Brugense, the Beethoven Academy, I Fiamminghi, and the Rotterdam Philharmonic Orchestra, conducted by Bernard Haitink and Valiery Gergiev. Jan is co-founder of The Bone Project.

Tom started playing music at the age of 9 in the Koekelare music academy, where he studied music, general musical, instrument (piano, trumpet, bugle, percussion and saxophone) and ensemble. Between 1992 and 1996, Tom attended the Lemmens Institute in Louvain and the Ghent music grammar school, where he switched from trumpet to euphonium. ?In 1996, Tom started studying the bass tuba at the Antwerp School of Music where he switched in early 1997 to the trombone with Ben Haemhouts (Solo trombonist Bamberger Symfoniker). ?In 1999, Tom went to study at the Amsterdam School of Music where he attended trombone lessons (with Ivan Meylemans) and music pedagogy and ended his studies successfully in 2001.? ?Tom also attended Master classes with, among others, Joe Burnam (Italy), Joseph Alessi (USA), Jürgen van Reijen (the Netherlands), Alain Trudel (Canada), Ian Bousfield (England),…? ?As a freelancer, Tom has worked with different orchestras, both in the classical and in the lighter genres: the Flemish Radio Orchestra, Belgium’s National Orchestra, the Koninklijk Concertgebouworkest Amsterdam [the Royal Concert Building Orchestra of Amsterdam], the Rotterdam Philharmonic Orchestra, Il Novecento, the Vlopera, the Koninklijke Filharmonie van Vlaanderen [Royal Philharmony of Flanders], the Beethoven Academy, L’ Orchestre Philharmonique de Liège, the Radio Philharmonic Orchestra Champ d’action and Hermes ensemble, El tattoo del tigre, Gabriel Rios, Spearhead, Michael Franti and various big bands.? Tom also played the trombone at the Opéra Royal de Wallonie between 2004 and 2006.? ?Since 2006, he has been trombonist (1st soloist) with the Koninklijke Muziekkapel van de Gidsen [Royal Guides’ Band), where he has played various works as soloist. Tom has also taught heavy brass at the Meise academy since 2005.

Geert De Vos attended his first musical classes as an 8-year old at the Aartselaar music academy. Two years later, he started playing the trombone with Mark Joris. After 4 years, Geert switched to the bass trombone. In 1993, he decided to study with Michel Tilkin at the music grammar school of the Lemmens Institute in Louvain. He went on to study music in higher education and graduated in 2001 as Master in Music with First Prizes in Bass Trombone, Music and Chamber Music. He then went on the specialise for one year and obtained the Higher Bass Trombone Diploma summa cum laude. Geert was a member of the renowned Gustav Mahler Jugend Orchester. Since 1997 he played as bass trombonist for the Muntschouwburg Orchestra. He also works with various ensembles and orchestras on a regular basis, including the Wim Mertens Ensemble, the Prometheus Ensemble, I Solisti del Vento, Rotterdam Philharmonic, Die Rheinische Philharmonie, the Flemish Opera, Brussels Philharmonic, … Together with the Metropole Brassband Geert recorded his first solo-cd, Vademecum for Bass Trombone. Geert is co-founder of The Bone Project.

Former tuba-solo in the Symphonic Band of the Belgian Guards, and since 2000 Principal Tuba in Belgian’s National Opera : La Monnaie. Professor Tuba in Brussels Royal Conservatory. Tuba Solo in Belgian Brass and Belgian Brass Soloists. He is very proud to be a Yamaha Artist. Stephan plays on the YCB 826 S  and the YFB 822 S as well the Neo Euphonium YEP 642 S

He was born the 6th of may 1970 in Louvain. During his secondary studies Latin at the Sint-Jozefscollege in Sint-Pieters-Woluwe, he took his first lessons in percussion with Mr. Roger Roskams and Mr. Alois Verbeeck at the Municipal Conservatory in where he earned the government medal in 1990. Afterwards he continued his musical studies at the higher departments of the Lemmensinstituut in Louvain. There he earned a Master’s degree in Music option percussion (class of Mr. Alois Verbeeck) and chamber music (class of Leo Ouderits) besides a First Prize in solfège and percussion. In 1997 he completed his specialisation percussion in the class of Mr. Leo Ouderits. After his training he took various master classes such as the Stockhausen Kurse in 1998, 1999 and 2000 (Prof. Andreas Boettger) and timpani master classes with Prof. David Punto (Universität der Kunste Berlin), Mr. Marinus Komst (Royal Concertgebouw Orchestra) and Mr. Norbert Schmitt (SWR-Sinfonieorchester). He took private timpani lessons with Prof. Rainer Seegers (Berliner Philharmonisches Orchester). In 1994 he became a finalist of Tenuto. Until he became solo timpanist with the Beethoven Academy in 2000, he worked as a freelance percussionist in most of the Belgian orchestras. He became solo timpanist at the Royal Theatre La Monnaie in Brussels in September 2003. Besides he also plays in ensembles for contemporary and ancient music, the Hermes Ensemble, Il Fondamento, Ensemble Currende and Anima Eterna. He also teaches percussion at the municipal music school of Zaventem.